Italy 6: Back via Sicily to Bari

On deck of our favourite ferry we go back from Malta to Sicily. As usual its very comfy in our sleeping bags,, with wind blowing and the stars above us. Finally we have enough time to visit Etna. Starting from Catania we follow the steep road to Niccolosi. 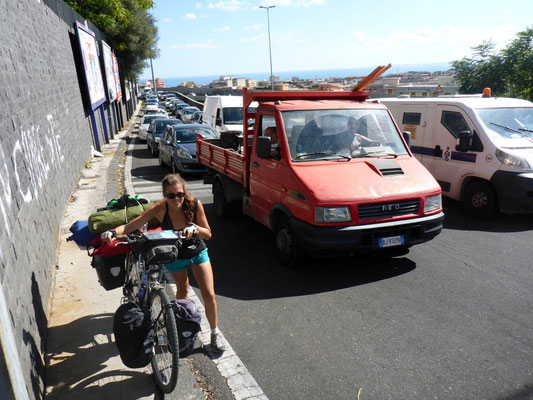 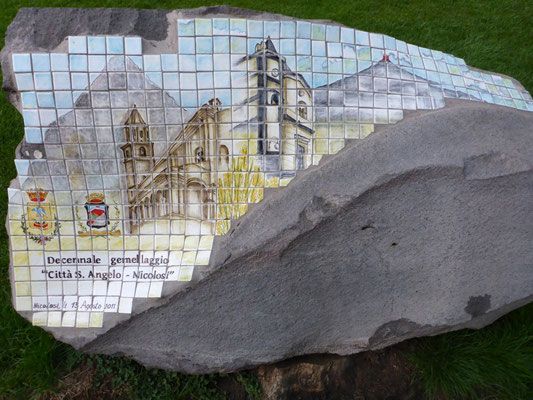 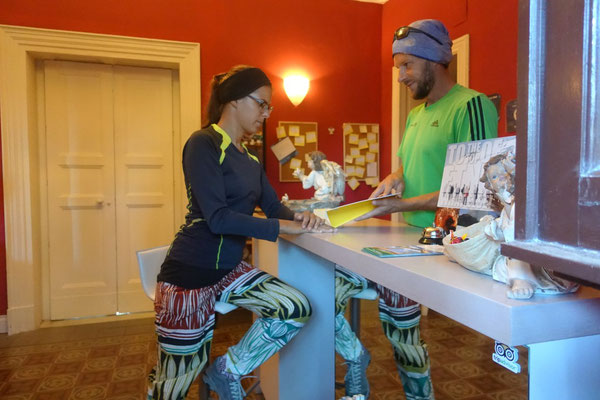 We take the bus the Rifugio di Sapienza at 1900m and immediatly regret that decision when we see the road leading up the hill. If we had decided for cylcing, we would not need to rush for the bus. Like this we only have 6 hours to get all the way up to 3247m and back. We make it in time, every minute was worth the effort. Unfortunately only the emitted gas shows the activity of the volcano makes it impossible to look into the craters.

In the evening we decide to cycle on despite of the rainy weather. Our way leads through stunning villageto a stunning coastline with beautiful beaches.

The next ferry takes us back to italy, where we try to enjoy the stunning landscape. Still having sore muscles from rushing up and down Etna we both wish for flat streets.

In the middle of nowhere our first breakdown occurs: Monis bottom bracket breaks down. Unfortunatley we had left that spare part and the necessary tools at home because this hardly ever happens. At least not after only a few thousend kilometers and if one doesn't use too much force. Luckily we meet nice cyclists who explain us the way to the next bike shop. Thanks to italian opening hours we still meet someone there on a saturday around 5 pm. To analyze the problem, he needs help of someone the phone - veryinspiring lots of confidence... In the end, he doesn't try to repair the bicyle himself but orders a proper mechanic. 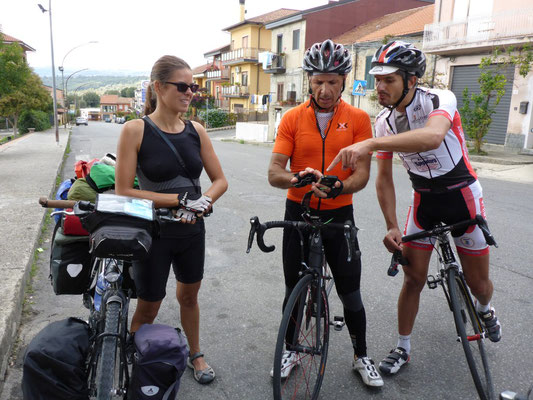 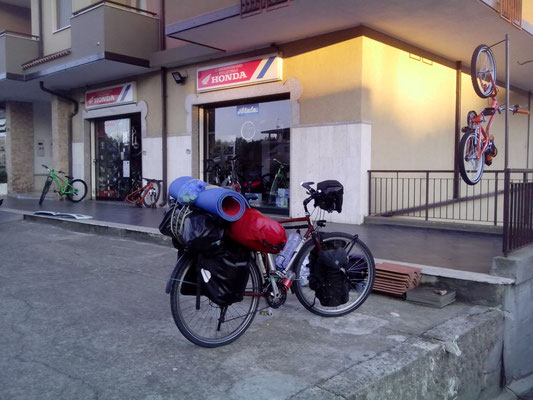 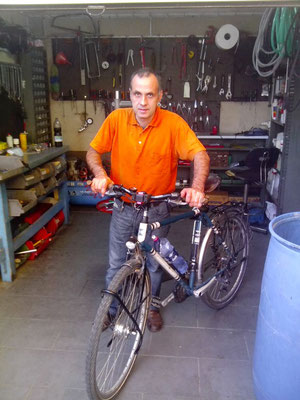 About three hours later we are back on the road and cycling is so much more fun. Unfortunately it is our last couple of days in Italy. We don't only love that country for its incredibly stunning landscape, but also its publi showers and fresh water fountains. 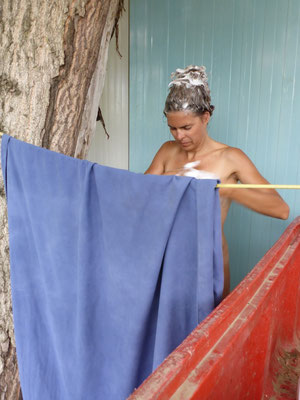 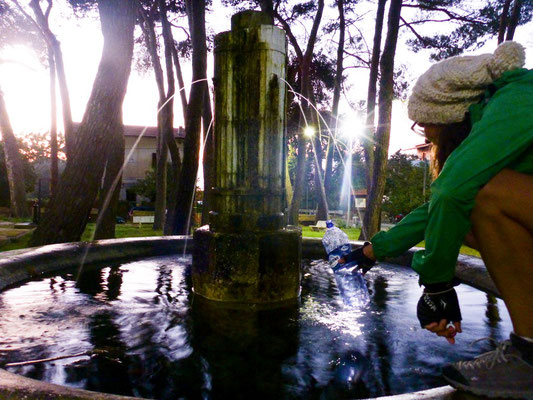 Also the mostly interested, curious Italians became dear to us, as long as they don't drive cars or plan roads... 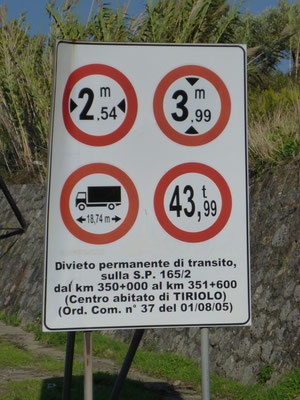 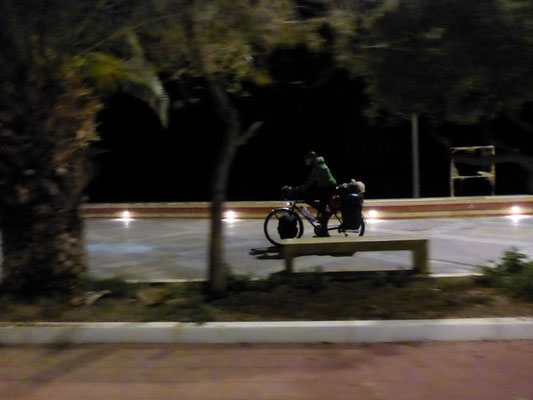 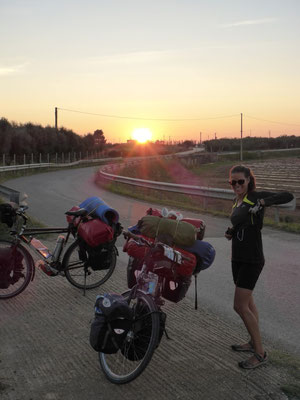 2.54m?! We would expect such a sign in Germany rather than Italy. Indeed it makes an exception, mostly signs are missing. For example dead-end signs... On our last day we lift our bicycles roughly 10 times over barriers and make lots of kilometers on highways. We are excited how the streets will be like in Albania. 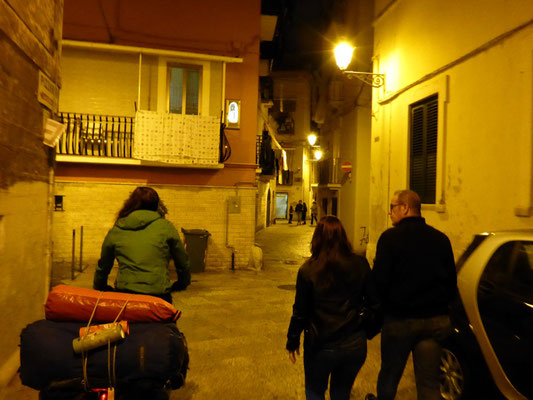 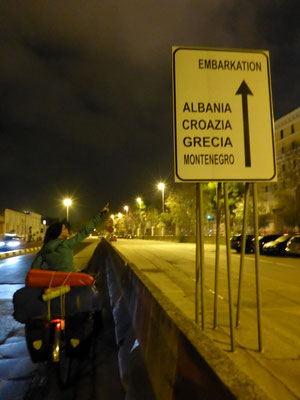